Just about two weeks ago, RPM released their front A-arms for the electric versions of the Traxxas Rustler and the Traxxas Stampede with a promise to have rear A-arms ready shortly. Well the wait is over! RPM’s rear A-arms are complete and ready to ship! Not only are the RPM A-arms stronger and more durable than stock versions, but RPM has also managed to eliminate over 7 grams of weight per arm! Thatâ€™s 14 grams of unsprung weight eliminated with a single pair of rear A-arms! Coupled with a set of RPM front A-arms, the total weight loss exceeds 24 grams or almost a full ounce!

RPM has accomplished this without creating any weak points nor are the RPM Traxxas Rustler and Traxxas Stampede A-arms any more flexible than the stock versions. Additionally, RPM has adjusted the shock mount locations slightly to allow more noticeable tuning adjustments when using the inner or outer shock mount holes (while the center hole remains in its stock location). While RPM was at it, they’ve eliminated over 0.030″ or 1/32″ of slop from the inner arm mount and more than 0.010″ or slightly less than 1/64″ of slop at the outer hinge pin for an ultra-smooth, slop-free suspension system.

RPM A-arms for the electric versions of the Traxxas Rustler and Traxxas Stampede are molded in either blue or black and are sold in pairs 1 left rear and 1 right rear per package. 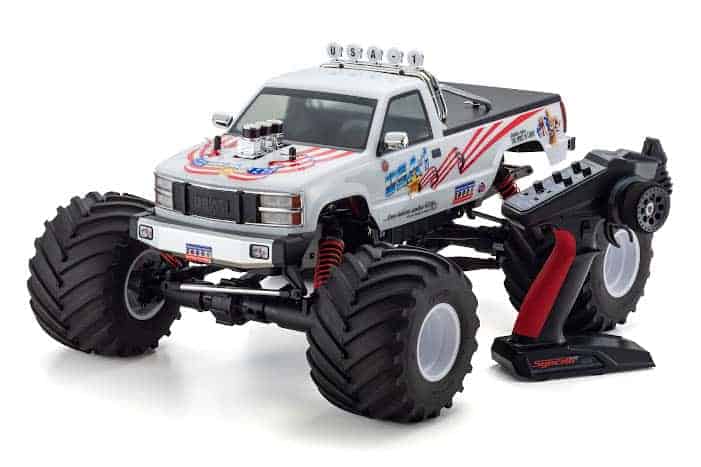 FacebookTwitterPinterest RPM has just released a center skid plate for the HPI Savage X. RPM realized protection is key to winning the battle against the elements. Stock HPI Savage / HPI Savage X trucks have a bare under chassis completely exposed to the most devastating of elements such as – rocks, asphalt, concrete, etc. RPM…

FacebookTwitterPinterest Just last month RPM released their Front A-arm set for the ECX Torment, Ruckus, and Circuit. This month they follow it up with a set of REAR A-arms! The Rear RPM ECX a-arms feature leading and trailing edges making the a-arms more aerodynamic and also allow the ECX rear a-arms to transition up and…

FacebookTwitterPinterest The Traxxas NHRA Funny Car backs up its real-racing looks with genuine Funny Car performance. Install a Traxxas Power Cell 3-cell LiPo pack and the Traxxas Funny Car rips off the line with tire-spinning torque. Stay in the throttle and top speed leaps to 70mph and beyond. The body’s fully functional aerodynamic design and…