Even with all the increased material and strength the RPM rear Traxxas Slash A-Arms are still 10% lighter then the stock a-arms. The RPM Traxxas Slash rear A-arms are not only stronger and more durable than stock, they are also more rigid and less flexible too, making them the perfect addition to those race-level Traxxas Slashes on the track. Additionally, the new geometry design leaves no place for dirt and rocks to get caught in the lower A-arm and reduces the chances of rocks and debris getting stuck between the axle and the arm. 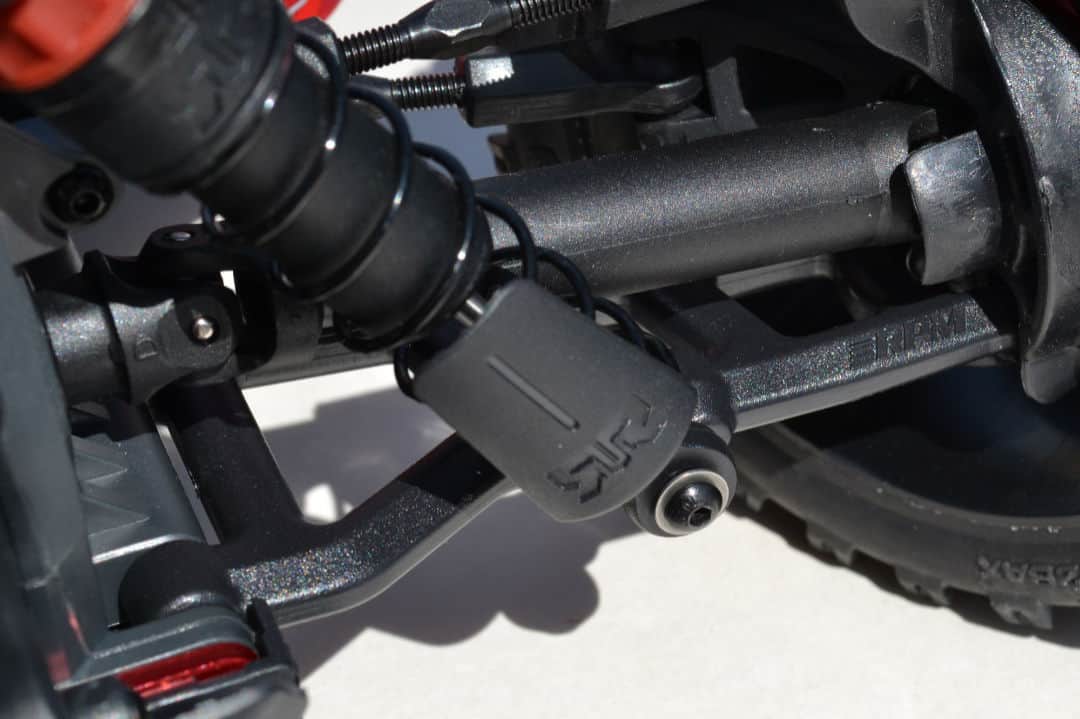 FacebookTwitterPinterest Traxxas has finally released their own version of the Slash 4×4 Low-CG (center of gravity) chassis. The Low Center-of-Gravity chassis is now available as a complete conversion kit for the Slash 4X4. The Low-CG Conversion Kit lowers the chassis, battery, and electronic components one inch lower to bring all the advantages of a low…

FacebookTwitterPinterest The new Proline Switch tires have been made specifically made for Proline’s Epic Beadlock wheels on the Traxxas Slayer. The Proline switch tires not only feature realistic off-road tire looks. With the Proline Swtich tires molded outer sidewall internal ribbing for additional sidewall support during cornering and the Proline Switch high density foam inserets…

FacebookTwitterPinterest I think RC4WD has just created one of the best scale trailers I have ever seen. If you’re wanting to add more scale looks to your scale truck or jeep then you have to check out the new, officially licensed by the Bivouac Camping Trailers company, hand made camping trailer from RC4WD! Equipped with…

FacebookTwitterPinterest Check out HPI’s newest 1/10th scale monster truck, the HPI Bullet MT! The HPI Bullet is the newest member of the HPI family which is based around their 4WD shaft drive train, 2 shocks per wheel and a double deck aluminum chassis. HPI also offers the HPI Bullet in both their silent Flux brushless…